What is the best time to visit French Polynesia?

The five island groups of French Polynesia (comprising 118 islands and atolls) have a total land area of only 3,827 square kilometres, but they cover an area of the Pacific equivalent to the size of Western Europe. Whether they’re rocky specks rising high out of the clear blue oceans or low-lying atolls with white sand and spectacular coral reefs, the islands of French Polynesia are both diverse and beautiful.

Cooled by the gentle breezes of the South Pacific, the climate is ideal. Being tropical but moderate, the climate features sunny, pleasant days and an average yearly temperature of 27°C.

The Marquesas islands, for example, being closer to the equator, have a warmer and wetter sub-tropical climate than that of the Society islands, which includes the islands of Tahiti and Bora Bora.

The climate of the Tuamotu Archipelago, which sits between the Marquesas and the Society islands, is defined by moderate precipitation, low temperature variations, good sunshine. Average daily temperatures are a pleasant 30 degrees Celsius, tempered by the pleasant and ever-present sea breezes which offer a refreshing and cooling environment.

Located much further south are the Australs islands which have a cool season that resembles that of a temperate zone, and a hot season that has a climate resembling that of a tropical region.

What is the best season to go to French Polynesia?

The dry season in French Polynesia

May to October is the dry season and considered the best time to visit French Polynesia as rain is less frequent and average daily temperatures range from 25°C. It corresponds to the high season. With an average of 2,500-2,900 hours of sunshine annually, Tahiti enjoys just enough rainfall to maintain its lush vegetation and colourful flowers. However, because the dry season also coincides with the summer school holidays, flights, hotels and family pensions are likely to be more busy and expensive. So if you consider doing an Aranui cruise during the summer holidays, you should book your pre and post-cruise arrangements in advance.

The best time to visit the Austral Islands is during the ‘dry season’, between May to October. Between July and October, Humpback whales visit the chain of islands. One of the best places to spot them is off the island of Rurutu.

The humid season in French Polynesia?

The low season in French Polynesia lasts from November to April, with tropical rains occurring more frequently at this time and higher temperatures. December and January, for example, have an average of about 12 inches of rain each month. In the Marquesas archipelago, the wettest months are March and April. They are, however, frequently mixed with pleasant moments of sunshine.

Tropical storms, on the other hand, are not very likely on the islands, unless in the years when ocean currents are affected by El Nio affect.

The advantage of visiting during the humid season is that there are likely to be fewer guests in the hotels and resorts, leading to more competitive rates, making it an ideal time to visit for those travelling on a budget.

What are the festivities in French Polynesia?

During this dry season visitors also come to Tahiti to attend major cultural events such as Heiva, which takes place in July, or join numerous other festivities from Tahitian dance shows to amazing sports competitions, such as the stone lifting.

Among them, the Marquesas Islands Arts Festival is organized every two years as a way for the island’s Tuhuka ‘wise men’ to pass on their knowledge of traditional dances, songs, food, tattoos, sculptures, and sports to the island’s youth in order to preserve the unique features of their culture.

This year, the 13th edition of the arts festival, dedicated to ‘Te ‘Eo Taetae Tupuna’ (‘Language, an ancestral heritage’) is taking place on the island of Fatu Hiva from July 7 to 10, 2022. Passengers travelling aboard Aranui 5, on the voyage departing 2 July 2022, will have the unique opportunity to participate in elements of the festivities, and become immersed in this colourful event as the sounds of rhythmic drum and spectacular dance performances permeate deep into the night.

In the humid season it is still possible to join festivities, such as Chinese New Year. This varies each year but generally occurs between mid-January to mid-February and sees the French Polynesian Chinese community celebrating with a rich variety of parades, music, and dancing across the islands.

Polynesia Cruises operate all year round since the tropical climate of the destination is moderate all year round, with sunny, pleasant days and an average yearly temperature of 27°C. If some months might be rainier than others, it is not always the case on each island we are visiting. In the Marquesas for example, rainfall can differ a lot from island to island and even from year to year.

For a stay in French Polynesia before or after the Aranui cruise, the optimum balance between climate and cost would be to travel in May and June or in September, October and early November, when you will still find comfortable temperatures, but also more availability and lower prices in the hotels and family pensions.

What clothes to pack for a trip to French Polynesia ?

If you want to dress like a local resident in French Polynesia, on most days, you will see woman wearing pareos (sarongs) as everyday dress or other lightweight clothing such as sun dresses. Whilst men tend to wear shorts and T-shirts or short-sleeved shirts. However, because so much of a trip is likely to centre around water activities, it is best to pack at least two bathing suits, along with water shoes, as some parts of the ocean floor are likely to be covered in coral. In the humid season especially, a lightweight waterproof/windproof jacket is advised and to keep the sun off your head pack a casual hat that can scrunch up in your bag, get wet, and won’t blow off in wind.

For your Aranui cruise, casual shirts and walking shorts provide the most comfort during the day. For dinner, casual slacks and sport shirts are the best choice for men; cool sundresses are most appropriate for women. The dress code on the Aranui is quite chilled, as is the atmosphere on-board!

What time of year does Aranui Cruises operate?

Aranui Cruises offers departures throughout the year giving visitors the opportunity to cruise to the Marquesas islands, all year long, as well as cruises to the Austral islands and the Tuamotu islands, on selected dates. Enabling them to experience the beauty of these archipelagos in the different seasons of the year. 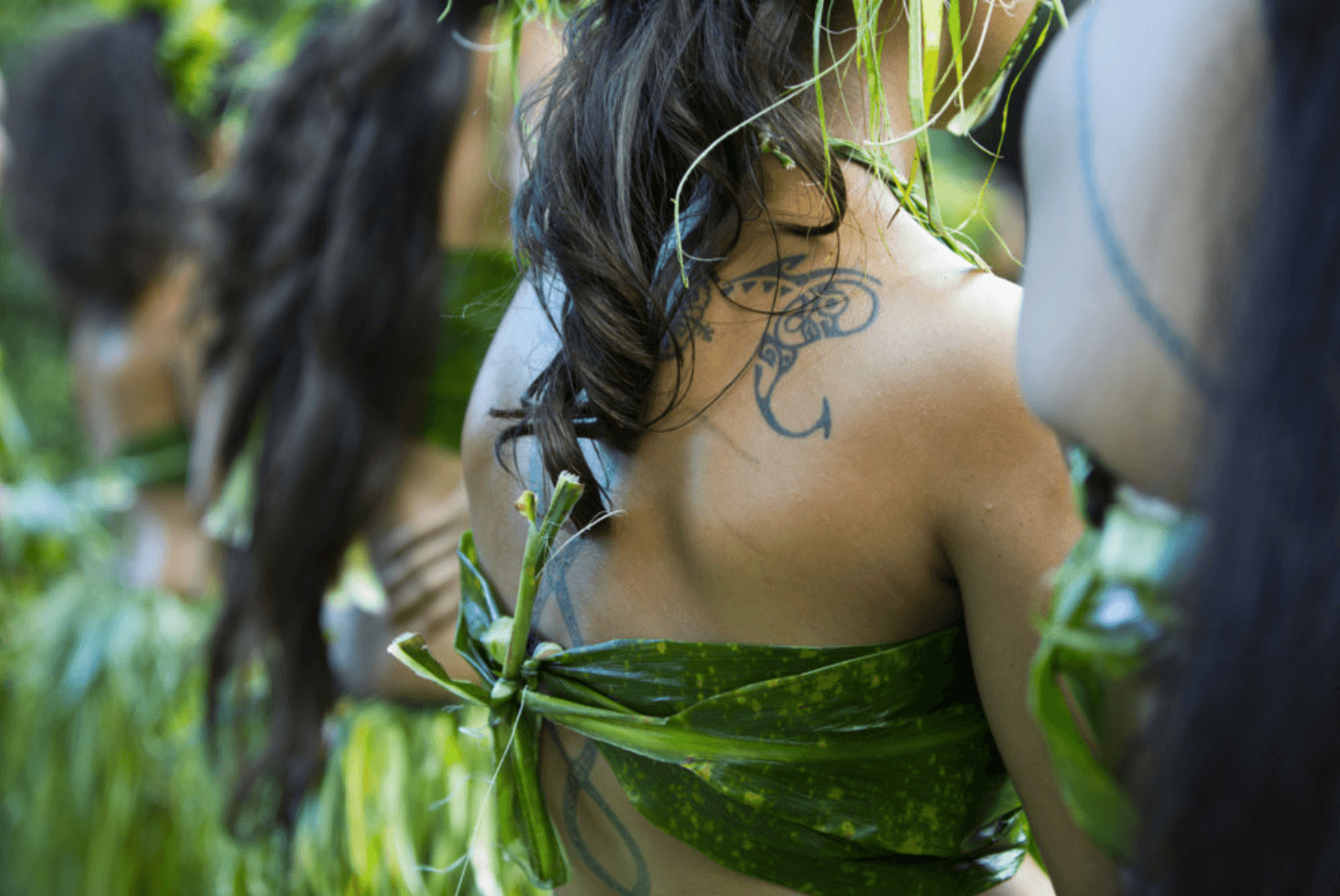 Learn about the ancient art of tattooing with Aranui Cruises in Polynesia!
Beyond a simple ornament, the Polynesian tattoo is one of the most beautiful riches of Polynesian culture. Today recognised all over the world, it fascinates and arouses curiosity. Step on board Aranui 5 for a cruise in French Polynesia, and discover an ancestral art, with an indelible memory that is considered among the most beautiful of its kind.
We use cookies on our website to give you the most relevant experience by remembering your preferences and repeat visits. By clicking “Accept All”, you consent to the use of ALL the cookies. However, you may visit "Cookie Settings" to provide a controlled consent.
Cookie SettingsAccept All
Manage consent